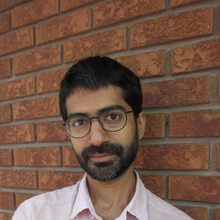 I am an art historian working on modern and contemporary South Asian art and visual culture, with a focus on the relationship between aesthetics and politics, postcolonialism, and Indigeneity in India. I am currently working on a book project based on my doctoral dissertation, “An Aesthetics of Endurance: art, visual culture and Indigenous presence in Nagaland, India”, which examines craft objects, memorial monuments and house museums in Nagaland, northeast India and Indian discourses of “tribal” craft to demonstrate the ever-changing formation of Indigenous lifeworlds and their settler-colonial marginalization in postcolonial India. Nagaland is a predominantly Indigenous and Christian state in India, on the border with Myanmar and close to China, which was home to an armed movement for political autonomy from the Indian state from 1953 to 1997, when a ceasefire agreement between the Indian state and Naga nationalists brought the decades long armed conflict to a provisional halt that remains the basis of a tenuous stability. “An Aesthetics of Endurance” argues that objects of art and visual culture in post-ceasefire Nagaland materialize temporally plural and layered conceptions of time and space that challenge the popular and scholarly relegation of the Indigenous present to an archaic past or a ruptured present, showcasing an aesthetics of endurance and emergence that reflects the plural temporality of art and the present that we all inhabit. I am also in the early stages of a new project that explores Indigenous cinematic, graphic and new media practices as material assemblages of informal markets, neoliberalism, Indigenous affect and inter-Asian imaginaries of space and place in the northeast Indian borderlands.