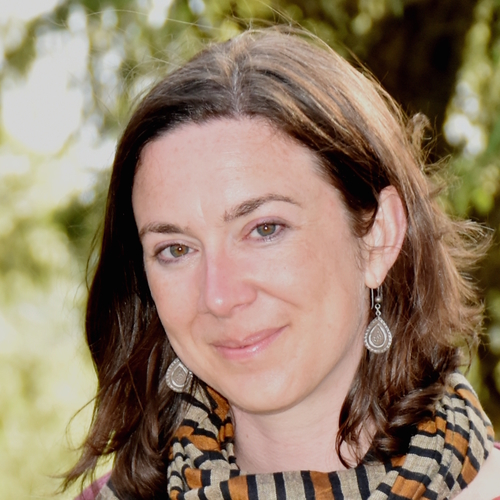 Kathryn Hardy is an anthropologist interested in language, mediation, and semiosis. Her research investigates emergent categories in diverse sites of social life: filmmaking, the mass celebration of Chhath Puja in Mumbai, and lives of water buffalo in Varanasi.  Her first book project examines the social categories that emerge through the production and circulation of films in the Bhojpuri language, including new ideas of the “region” and new linguistically informed political identities.

Kathryn is currently an Assistant Professor of Anthropology at Ashoka University. Before coming to Ashoka, Kathryn was the Singh Fellow at Yale University in 2014-2015, and a Mellon Fellow at Washington University in St. Louis. She received her BA from Smith College, and her PhD from the University of Pennsylvania.

The Singh Fellowship was my first academic position out of graduate school, and thus, it was the position that catapulted me from a student to a professional academic.

There is no more conducive environment to academic work than Yale, and New Haven played a lovely, if snowy, supporting role. With the support of the Singh fellowship, I found a cozy apartment near East Rock park, where I went on long weekly walks with a fellow postdoc, discussing marginalized languages in India. As part of activities in Luce Hall, I had close conversations with eminent scholars like Wendy Doniger and met international personages like the Panchen Lama. And Yale resources always went above and beyond: as part of an Indian cinema class, I screened Om Shanti Om in glorious 35 mm with booming sound in Yale’s own plush cinema hall. Most importantly for my future professional development, I organized the Modern South Asia Workshop with Rohit De and Karuna Mantena. Together we pored over hundreds of abstracts, and came up with a truly diverse set of panels and papers. These anonymous abstracts led to one of the best workshops I’ve ever attended, where young scholars from all over the world came together to carefully discuss one another’s work in detail. Many of us from this conference continue to stay in touch and share writing.

I was also able to work closely with Kalyanakrishnan Sivaramakrishnan, who made sure I would teach anthropology and commune with anthropologists throughout my time at Yale. Shivi’s mentorship has been a highlight of my professional life and is one of the most valuable relationships I have fostered in my early career. Our regular meetings (including many long walks around campus) helped iron out many thorny professional problems and theoretical difficulties. The regular meetings of the South Asia anthropology students’ and postdocs’ working group that Shivi organized helped push me into new territory with research and writing. The group’s debates allowed me to polish (and quickly publish) early articles as well as press forward into new research projects. Karuna Mantena also provided crucial feedback and support, introducing me to eminent scholars and sharing my work on Bhojpuri cinema with obvious delight. The project that I developed and workshopped in the South Asia working group led to a subsequent Mellon postdoc and a series of conferences, working papers, and panels, as well as publications that are beginning to see the light, three years later.

Most significantly, the Singh Fellowship paved the way for my current tenure-track position at Ashoka University. Founded less than a decade ago, Ashoka was still brand new when I was at Yale. Shivi, though, urged me to consider looking abroad when applying for jobs, and particularly recommended that I consider Ashoka. The Singh Fellowship played an outsize role in both preparing me for the possibility of working in the new Indian academic landscape, in getting me that job, and in connecting me to people who continue to influence my thought and work.