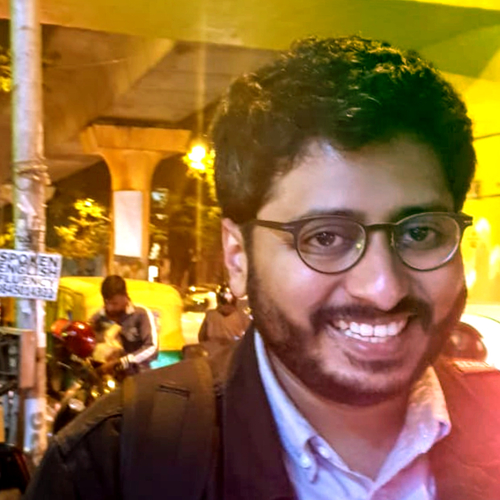 Ninad is an architect, urban planner and a historian of modern India. He teaches in the School of Governance at the Indian Institute of Human Settlements in Delhi and Bangalore, India. He is also affiliated as Senior Consultant at the institute’s Center for Land and Governance where he works on consultancy projects related to the history of land and governance with a special focus on examining the historical connections of land settlement, use, ownership and access to present-day policy design related to land reform.

Ninad is currently working on a book manuscript, titled “The Bombay Radicals,” which is a history of progressive social mobilizations in colonial Bombay. He is also translating into English the Marathi-language autobiography of S. S. Mirajkar, Bombay’s first Communist Mayor. Ninad holds a PhD in Modern South Asian history from Princeton University, a Master’s degree in City Planning from the Massachusetts Institute of Technology and a Bachelor of Architecture from Mumbai University. Besides Yale, he was previously affiliated with the Cooper Union for the Advancement of Science and Art in New York, NY and LSE Cities at the London School of Economics.

As the Singh Fellow at Yale, I completed significant edits and rewrites for two chapters of my research. I began work on my second research project, titled New Citizens, which I first presented at the South Asia Council’s Colloquium. I also developed a new course, titled Urban South Asia, which is a study of the relationship between industrialization and the emergence of new urban social and spatial relations in colonial South Asia. Perhaps most importantly, I built meaningful relationships with fellow scholars of South Asia—both visiting and those resident at Yale—which has helped me launch my career as a historian.