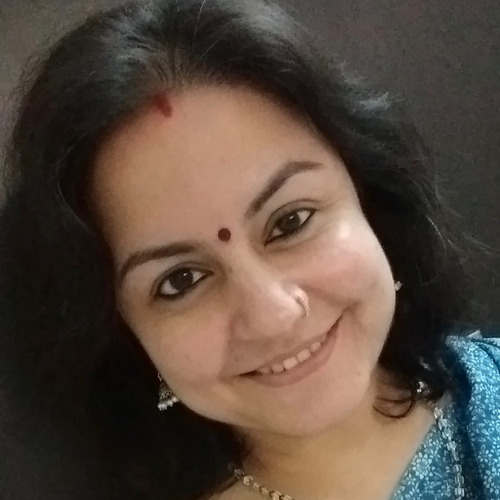 Dr. Shonaleeka Kaul is a cultural historian of early South Asia specializing in working with Sanskrit texts. Teaching in the premier public universities of India for the last 17 years, she is currently Associate Professor at the Centre for Historical Studies, Jawaharlal Nehru University, New Delhi. She was the Singh Distinguished Lecturer at Yale (2007-08) and the Jan Gonda Fellow in Indology at Leiden (2014).

The books she has published are The Making of Early Kashmir: Landscape and Identity in the Rajatarangini (Oxford University Press, 2018), Cultural History of Early South Asia: A Reader (Orient BlackSwan, 2013), and Imagining the Urban: Sanskrit and the City in Early India (Permanent Black and Seagull Books, 2010). Two other volumes are forthcoming: Eloquent Spaces: Meaning and Community in Early Indian Architecture (Routledge, 2019) and God and I: The Shaiva Mystic Verses of Lal Ded (Aleph, 2019).

She writes regularly for Frontline, the national fortnightly magazine of India.

For a young scholar-teacher, who had completed her PhD two years before and  been teaching for five years then in a front-ranking undergraduate college in the University of Delhi, India, receiving the Singh Distinguished Lecturership in 2007-08 was an opportune fillip.  Perhaps the only historian of premodern South Asia to be selected for this prestigious award, I had the honour of being invited to teach for a year by the eminent Yale Indologist and then-Chairperson of the South Asian Studies Council, Professor Phyllis Granoff. At an individual level, working with Sanskrit literature  as I do, this was the beginning of a ten year long association with Phyllis, from whose deep learning and kindness I have benefited greatly.

At an institutional level, this early opportunity to join a top notch international academic community was, at once, invaluable exposure to the world and incomparable affirmation of the work one was doing. The student response to the courses I taught – especially the survey course on early South Asian history and culture which, to everyone’s surprise, drew full house – was undoubtedly a shot in the arm for the teacher in me. Not just the numbers, I shall not forget the several Yale fourth year students who wrote in or came met me during and well after the semester was over, to express their warm appreciation for the many issues and methods of the business of being a historian that we took up in class.

Back in India, the very year after my return, I was selected for post-graduate teaching and research supervision in the Department of History, Delhi University. In 2016, I was appointed to Jawaharlal Nehru University, India’s best institution for higher Humanities. I have also produced five books in this time and been invited to speak on my work around the world. For over a decade then, from 2008 to 2018, my stint at Yale has provided, I would like to believe, an instant and powerful introduction to my professional calibre for my employers, peers and publishers alike. Personally, too, New Haven shall always be the place a sheltered 20-something young woman, out in the world on her own for the first time, found her feet and her wings. My gratitude to the Singh Chair that made possible this extraordinary year of my life.