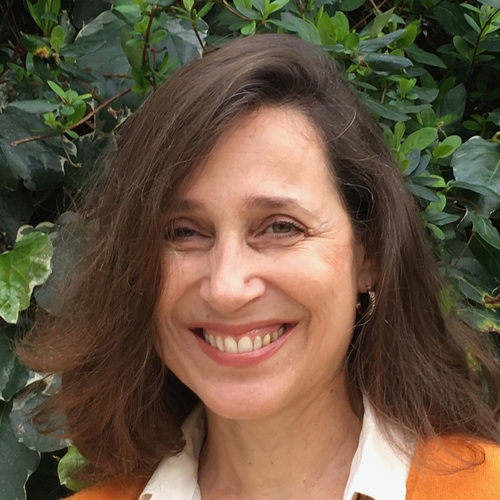 Prof. Véronique Benei is an anthropologist and research director at the National Centre for Scientific Research (CNRS). She currently teaches at the Ecole des Hautes Etudes en Sciences Sociales (EHESS), Paris and is based at the Interdisciplinary Institute of Contemporary Anthropology (IIAC)/(LAIOS). She is also an associate member of the Maison Française in Oxford (MFO). She previously worked at the London School of Economics. Her work is rooted in a multi-local, embodied and sensory political anthropology and addresses issues of knowledge production, nationalism, citizenship and secularism as well as the history and memory of violence (displacement, slavery) at the intersection of class, caste and race. She has (co)edited several volumes on the Everyday State and Modern Society in India (2000/2001, 2009), South Asian Scholars and the West (2000, 2003/ 2004), the making of South Asian Studies in India, Europe and America (2005) and Manufacturing Citizenship with respect to education and nationalism (2005). She authored La dot en Inde. Un fléau social? (1996) and Schooling Passions: Nation, History, and Language in contemporary western India (Stanford, Stanford University Press, 2008, South Asia edition published by Permanent Black in 2009 under the following title: Schooling India: Hindus, Muslims, and the Forging of Citizens).

Did my Singh Fellowship enrich my academic journey? Without a doubt it did, on many counts. First, it offered me a renewed understanding of the implications, interrelations and ramifications existing between academic and personal life, and the choices, political, intellectual and ethical one may make along the way. I had chosen to work on the ‘largest democracy in the world’, and here I was, in the country that proclaimed itself the champion of democracy, at a time of the protracted war on Iraq and the enduring aftermath of the Katrina hurricane. The irony was not lost on me. For, and secondly, the book I kept working at during the time of my Fellowship –when not teaching bright and highly-motivated students– focused on issues of nationalism and education in ordinary schools in the western Indian state of Maharashtra; a state that had given its country some of its most ardent defenders of an exclusivist notion of ‘Hindu nation’, embodied by the Mahatma Gandhi’s notorious assassin, Nathuram Godse. But this was also a state traversed by social reform and protest movements throughout the 19th and 20th centuries, where even local Maharajas had exerted themselves to bring an end to the caste system and usher in a new age of deeper equality and justice for all. The double irony here, and thirdly, was that, thanks to this precious Fellowship, I was writing this book in one of the most elite universities in the US, with all the privileges attached to the position. Of course, my situation was far from unique, and on many levels, it was highly beneficial. The round-the-clock access to the Yale library, the use of a well-equipped and light office as well as other facilities on campus ensured a highly productive stay. Fourthly, the number of events on campus I was able to attend that year – I particularly remember a lecture by Martha Nussbaum and a symposium around Jürgen Habermas’s work in his presence– provided for stimulating intellectual nourishment, as did some talks at the Anthropology department and with my colleagues there. On a fifth count, closer to my institutional home, the Center for South Asian Studies, I am thankful for the many opportunities I had of contributing to the organisation of several academic events as well as for the panel discussions I took a direct part in. The themes and rich potential of the two-day conference of which I was the main organiser on Visceral Nations are still journeying with me. Perhaps, and on a sixth count, this event both reflected and marked the interest I had acquired at the time and which I have been developing since in ‘the sensory/sensual’ and ‘embodied’ as part of a political anthropology. This interest guided the book that came out in 2008. And, lastly, it also paved the way for a ongoing quest for ways in which we, as researchers, can also benefit from the insights and outcomes of cutting-edge research on the body and emotions in our own practise.