The Dr. Malathy Singh Visiting Fellowship at Yale was established in 1996 through a generous gift from Dinakar Singh ’90, in honor of his mother, to provide a yearlong residential fellowship to academics working on South Asia. Since then, the fellowship has provided an opportunity for more than 20 scholars to pursue their research, teach classes, and engage with a vibrant academic and social community through the South Asian Studies Council at Yale. 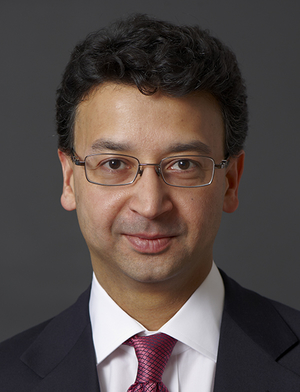 Dinakar Singh is the CEO of Axon Capital, a global investment firm.  Mr. Singh was previously a Partner at Goldman Sachs, where he was co-head of the Principal Strategies Department and a member of the Operating Committee and Partnership Committee.

Inspired by their daughter Arya’s diagnosis with Spinal Muscular Atrophy (SMA), Mr. Singh and his wife, Loren, established the SMA Foundation in 2003 to drive development of a treatment for SMA, the leading genetic cause of death in young children.  The foundation is now the top funder of SMA research worldwide and successfully facilitated the first FDA-approved treatment for the disease, with several more potential therapies in development.  SMA was considered fatal, incurable and untreatable just 10 years ago – today, the recently approved treatments offer the potential of a nearly normal life to those diagnosed, and as such the disease has become a ‘poster child’ for the potential to transform deadly rare diseases.

Mr. Singh serves on the boards of the Columbia University Medical Center and New York Public Library, where he is chair of the Investment Committee.  He also previously served as a Trustee of Rockefeller University and Cold Spring Harbor Laboratory.

At Yale, Mr. Singh is currently a member of the Investment Committee, the President’s Council on International Activities, and the Parents Leadership Council.  He has provided generous support for Yale’s South Asian Studies program and undergraduate financial aid. 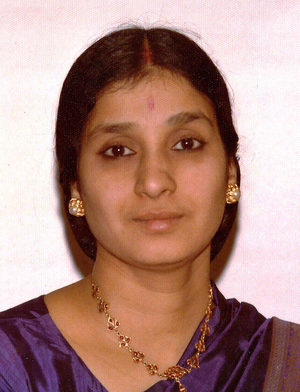 Dr. Malathy Singh was born and raised in Crompet, India, a small town near Madras (Chennai).  She was the oldest of eight children, and was the first person in her family to ever have higher education. She grew up in poverty, and in large part, helped raise her seven siblings. But, driven by a passion for knowledge and learning, she won a scholarship to attend University of Madras, where she earned her Bachelor of Science.  After that, she earned her Masters from University of Baroda, and then her PhD in Molecular Biology and Biochemistry from University of Delhi in 1969.

While a professor at University of Delhi, she met her husband, Dr. Vishwa Singh, who also was on the faculty.  Like her, his family was from a poor village, which to this day still has no running water and electricity.  He too was the first to achieve higher education in his family, and pulled himself and his family from poverty with that education.  With different regions and different castes, their marriage was almost heretical in its time, but they were united by a passion for knowledge, and family.

The Singh family moved to the United States for three years from 1971 – 1974, during which time Dr. Singh served on the faculty of the Albert Einstein Medical College.  After returning to India and University of Delhi they then immigrated permanently to the United States in 1978.  Dr. Singh joined the faculty of Columbia University Medical Center, in the Department of Pediatrics, and eventually Cornell Medical School.  Dr. Singh died of ovarian cancer in 1994, at the age of 51, after four years of struggle with the disease.

To Dr. Singh, family and education were paramount – family was the only thing that mattered, and education was the way to pull oneself up.  She was marked by an extraordinary sense of dignity, drive, and compassion, and those values were the basis of her life.

Overall, her life was in many ways a story of post-colonial India, and of immigrants to this country.  The scholarship and fellowship established in her name are meant to commemorate her spirit and values, and celebrate her passion for education.  And, given how little understanding there was of India (and South Asia more generally) when she moved to this country, the hope is that the fellowship and scholarship will help advance the understanding and knowledge of India in the US.